The results of the public opinion survey that went out in October indicated that now is not the right time to pursue a bond referendum, especially given cost-of-living increases and other economic concerns.

After reviewing the results of the mail survey, carefully listening to the recommendations of a Citizen Task Force, and analyzing other public input, the Board has decided not to pursue a referendum this spring.

We remain committed to keeping our taxpayers involved in the decision-making process when it comes to finding funding solutions for the Park District’s highest priority capital facility needs. 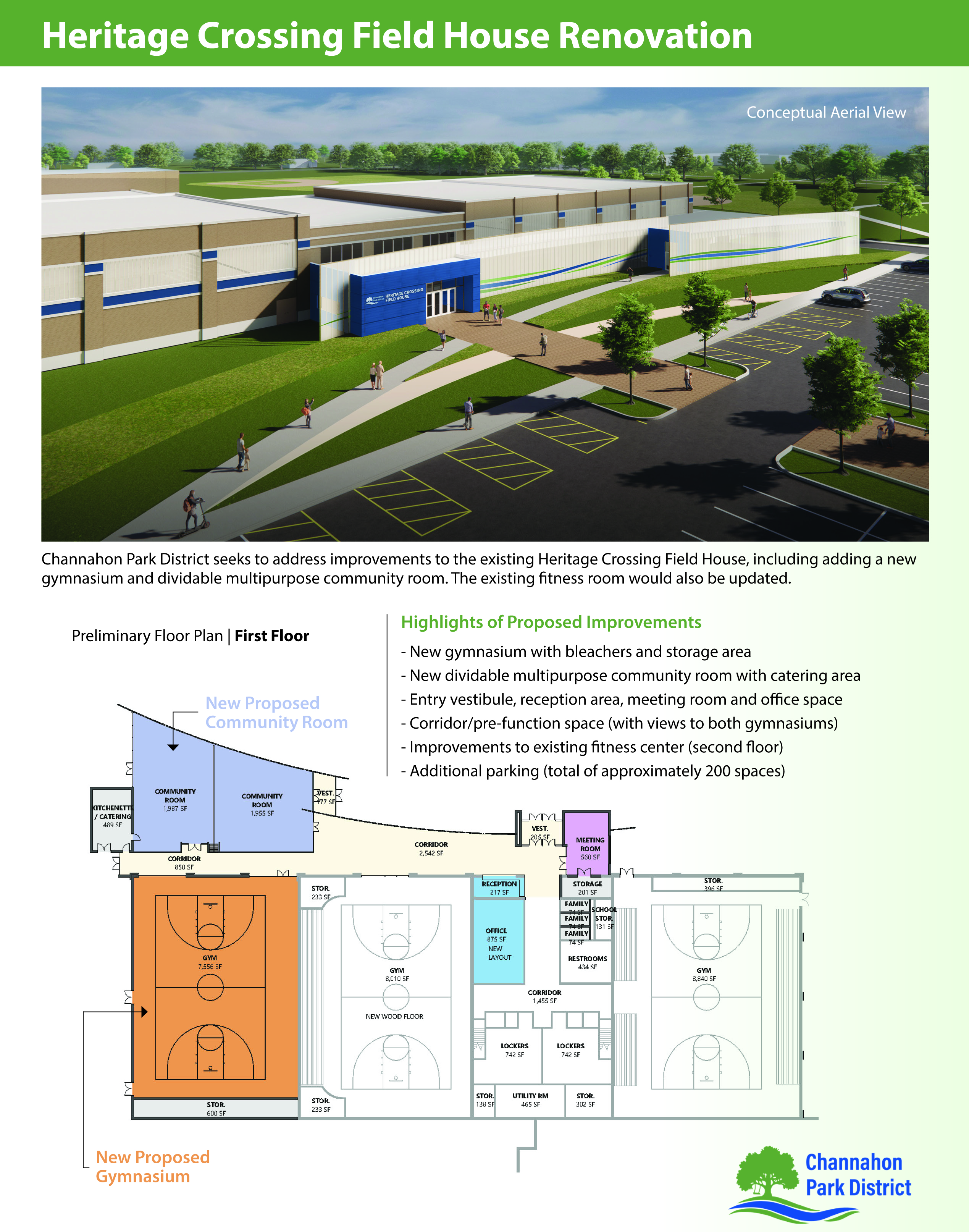 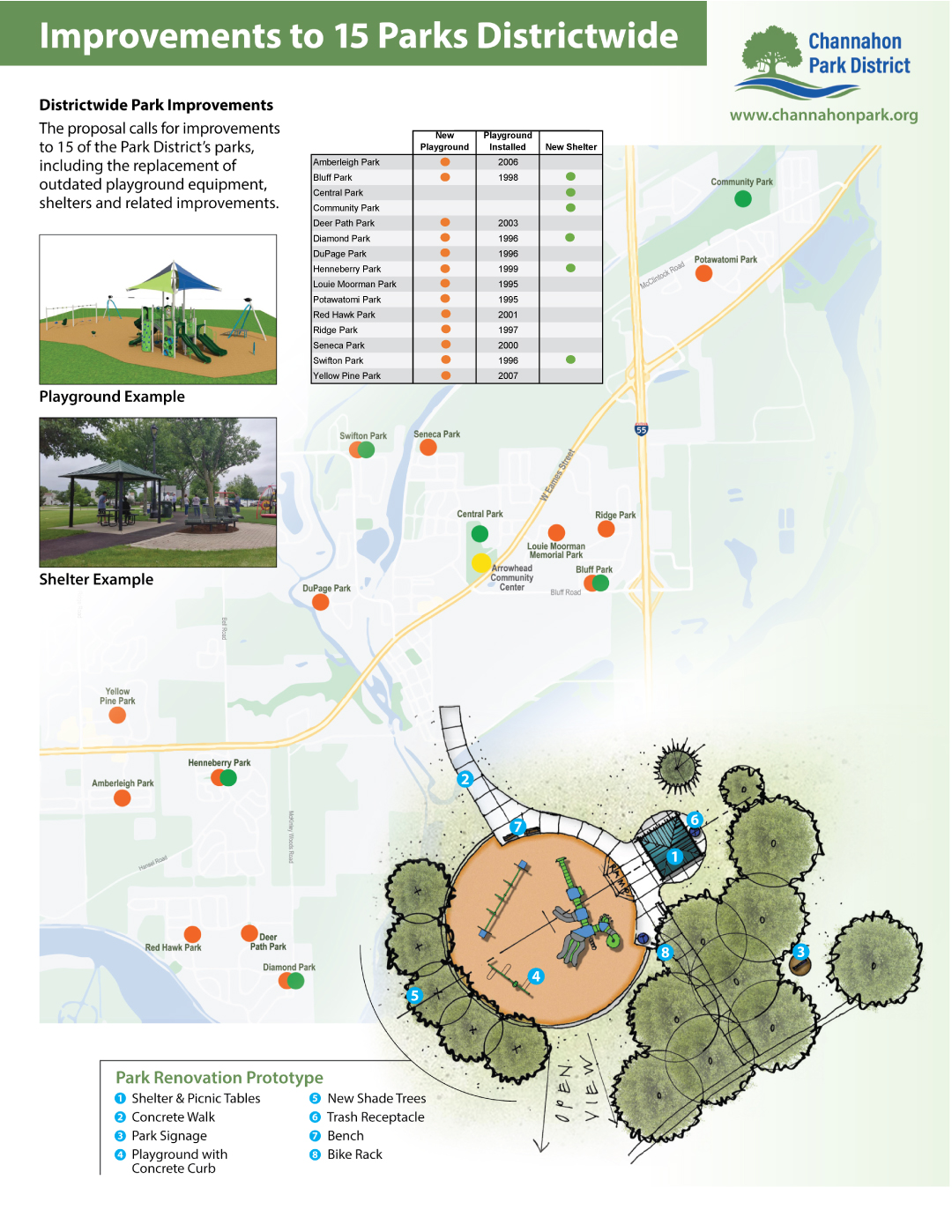 How can I learn more and provide input?

Our taxpayers have the final word on how we protect and improve your parks and recreation facilities.

Who would get to vote on the Park District’s funding proposal?

All registered voters who reside within the Channahon Park District, including the Village of Channahon, unincorporated areas of Channahon Township, and the Will County portion of the Village of Minooka, would have the opportunity to vote on the
funding proposal. Click here to see our residency map.

How can residents learn more about the proposed park and facility improvements and provide their thoughts and recommendations?

The Park District will be hosting community open houses and informational webinars. Following are the dates, location and times:

Informational Webinars
A link to each webinar will be posted here soon.

Public Opinion Survey
The Park District will also be conducting a public opinion survey. Each household in the District will be receiving a mail survey this October.

What improvements and renovations are being proposed?
Proceeds from the funding proposal would be used to address a variety of critical capital improvement needs, including:

Why not repair the aging playground equipment versus replacing it?
The District has attempted to repair its aging playgrounds. Unfortunately, given the age of the equipment, replacement parts are no longer available.

Does the proposal call for adding a gymnasium at Heritage Crossing Field House?
Yes. A new 8,400-sq-ft gym with wood floor is part of the proposal.

What other Field House improvements are proposed?
The proposal also includes the addition of a dividable 4,000-sq-ft multipurpose community room, vestibule and corridor/pre-function space. The fitness center would also be upgraded and the parking lot expanded.

How would the fitness center at the Field House be improved?
The Park District seeks to make the fitness center more functional, including removing the drop ceiling, replacing the outdated flooring and addressing related upgrades.

How busy are the current Field House gym and Junior High School gym?
There are currently only a few time slots during the week in which the Field House gym does not have scheduled programming. During the winter months, the Field House operates at capacity. This is precisely why there continues to be wait lists for programs like youth basketball. This past winter there were 434 youth basketball participants, with 52 participants on the wait list. The Junior High School gym is also near capacity during the weekends.

Would any of the funding go toward salaries or other operating costs?
No. All funding associated with the proposal is tied to capital improvements.

What is the breakdown of the use of referendum proceeds?
Funds from the voter-approved $14.9 million bond referendum would be allocated as follows:

How is the Park District funded?
The District is funded with property tax revenues (41%), program fees (28%), and other sources (31%). In comparison, other local taxing bodies have a much larger percentage of their revenues tied to property taxes.

What oversight would be in place for the projects?
All project spending would be publicly disclosed, and project updates would be presented at District board meetings, community information meetings and on the Park District’s website.

Why does the Park District believe this is the right time to pursue funding for improvements at its parks and facilities?
With construction and ongoing maintenance costs continuing to increase, the longer the District waits to address its highest priority needs, the more it will cost. Aging, deteriorated playground equipment, shelters and parking lots also pose safety issues. In
addition, the District wants to eliminate having no choice but to turn away residents from sports and active indoor programming at the Field House.

Have other improvements been funded without seeking a referendum?
Yes. A variety of projects and improvements have recently been completed or are scheduled to be addressed without using referendum dollars, including the addition of Sengo Adventure Garden and Arroyo Trails, upgrades to Heritage Bluffs Clubhouse
and the renovation of Tomahawk Aquatic Center. The District has been awarded a $400,000 IDNR Open Space, Land Acquisition and Development Grant to partially fund these improvements, with additional funding being sought from Federal Community Project Funding.

Community benefits of the proposed improvements

There are many anticipated benefits of the proposed capital improvement projects, including:

Your Tax Dollars at Work

If you’re a Channahon Park District resident, 4% of your local real estate tax bill is allocated to making it possible for us to provide outdoor parks, facilities, programs, events, and other offerings that enhance quality of life in the community.

These are just some of the ways we all benefit from investing in parks and recreation:

Access to parks and recreation facilities leads to healthy lifestyles for people of all ages. Recreation can build self-esteem, reduce stress and improve overall wellness.

Parks play a key role in preserving water and air quality, reducing congestion and protecting wildlife. People learn about the environment firsthand in parks and take those lessons home with them. 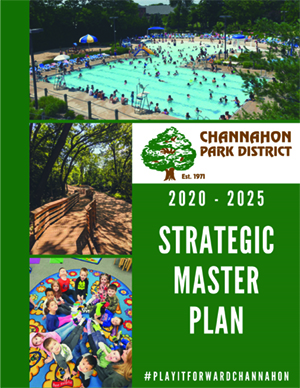 The proposed park and facility upgrades are part of the District’s Five-Year Strategic Master Plan.

Recent and upcoming projects completed WITHOUT seeking a referendum 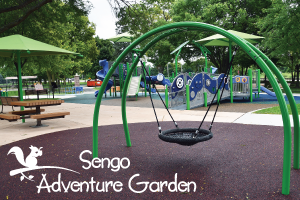 The first inclusive playground in the area, Sengo Adventure Garden is a joint adventure between the Channahon Township and Channahon Park District. Sengo is located in Central Park next to Arrowhead Community Center. 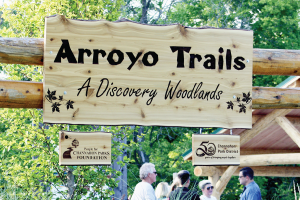 Arroyo Trails, A Discovery Woodlands, is a nature park development managed by the Channahon Park District, planned and funded by the People for Channahon Parks Foundation. No local tax dollars were used in the development of this park. 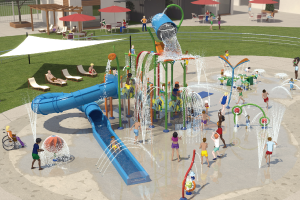 A new resort style spray feature and additional slide highlight the improvements coming to Tomahawk Aquatic Center! Besides all of the fun amenities being added, the Aquatic Center is also in need of improvements to its infrastructure and mechanics as it marks 30 years of service to the community in 2023. Construction begins after it closes for the season in 2023 and will open in 2024 ready for you to come out and enjoy!

Nothing will be finalized until the District gathers additional public input from our taxpayers.

The Park District will be mailing a public opinion survey to our residents in October.

The Channahon Park District is committed to protecting and improving your parks and recreation facilities. These public assets play an important role in your quality of life and in protecting your property values.

The Park District is grateful for the funding we receive and takes great care to be fiscally responsible stewards of your tax dollars. However, when certain high-priority projects need to be addressed, voter-approved funding becomes necessary.

This coming spring, the Park District is considering placing a $14.9 million referendum on the ballot to address park and recreation facility needs and improvements. The proposed projects include:

There are many anticipated benefits of the proposed improvements, including making your parks even safer, expanding and improving programming for all ages, and improving capacity at the Field House. For example, the District would no longer need to turn away a large number of youth each year from the basketball program due to a lack of space.

The estimated tax impact of the proposed referendum would be about $98 per year for a home with a fair market value of $250,000. This size residential tax impact is possible given that about 60% of the overall tax burden would be paid for by commercial and industrial property owners within the District.

Thank you for taking the time to learn more about the Park District’s funding proposal. Feedback is invaluable as we move forward in developing the best course of action to address the Park District’s highest priority capital facility needs. Look for your public opinion survey in October.